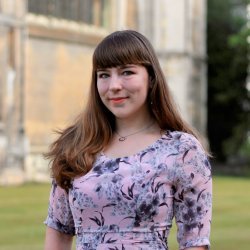 Before being elected as a Peterhouse Research Fellow in 2020, I completed my PhD and MSci in Physics at King’s College, Cambridge.

My research interests lie in searching for the fundamental ingredients of the universe beyond our “Standard Model” of particle physics, and understanding how they behave. I am a member of the ATLAS collaboration, the largest experiment in the Large Hadron Collider complex at CERN.

During my PhD I searched for supersymmetry, leptoquarks, and unexpected lepton charge-flavour asymmetries hiding within proton-proton collision data produced by the ATLAS detector. Following this, my current research looks at inventing better ways to search for new physics in ATLAS data. My focus is on broader searches for deviations from the Standard Model, for example using graph theory to examine the topology of the ATLAS dataset to find unexpected behaviour. Furthermore, I am interested in searching for three Higgs bosons being produced at once, a process yet to be experimentally probed, with great potentially sensitivity to new physics. Finally I co-lead the ATLAS group that measures “missing transverse momentum”: improving ATLAS’s ability to infer the presence of undetectable particles like dark matter using, for example, Neural Networks.